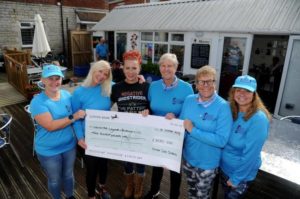 Supporting Veterans And Their Families Within The Local Community

Dorset Sole Sisters loved the Run for Fun Challenge so much we brought it back for 2019 raising £300.00 for the Veterans Hub. Runners completed a minimum of four challenges each month, the fun challenges included running in fancy dress, run on your birthday, run with a sea swim, run a Parkrun to name a few.

“The veterans hub was founded in 2017 by a local man called Andy Price who served in the armed forces as well as working in the private military industry for several years in the Middle East and Africa, on returning to civilian life he realised that the transition for military personnel to civilian can often be a difficult one to navigate and that our government does not have the correct support networks in place to help them.  Those suffering from PTSD and mental health issues can often feel isolated and have difficulty adjusting to the ‘real world’.

On asking for support they can often find there are long waiting lists, or even a total lack of services for them in the locality.  Andy himself suffered from breakdowns was self-harming and suicidal but when asked for help from various organisations was informed that he would have to ‘wait for a few weeks’

This is totally unacceptable to ask of someone who is suffering so badly that it is influencing them to the point that they have sat and planned their own death.

Andy and his partner decided that something needed to be done so set about funding the Veterans Hub in support of the many veterans that live locally and who may need help. To go about getting it or are not in the correct state of mind to act themselves.

The hub was originally designed so that veterans could attend the ‘drop in’ nights that they run on a weekly basis. But has quickly evolved into a full time project run by the veterans for veterans, their families and the local community.  The whole ethos of the hub is promote peer to peer support in a friendly and relaxed atmosphere that allows the veterans and their families to come together in an environment that enables them to be part of something again and to move forward with their lives.

At the hub, Andy and the team endorse the principal of working alongside existing organisations to promote unity and supporting the most vulnerable in our society and believe that by being open and talking about our difficulties is the most efficient method of dispelling any stigma attached to mental health.  The team also carry out educational talks on various subjects to local business, educational institutions and just about anyone who has an interest in this subject with the intent of making a true difference in the community as a whole”

Read the report in the Dorset Evening Echo 19th October 2019

Dorset Sole Sisters launched a club challenge for 2017; this included a different challenge each month along with the challenge of 500 miles to be run over the year. Our chosen charity for 2017 was for The DCH Cancer Charity Appeal. Well done to everyone who took part and helped to raise £180.00 for this incredible charity.

The DCH Cancer Charity Appeal is a project that will develop cancer facilities for patents in North, South and West Dorset and support the provision of radiotherapy services in Dorchester for the first time. http://www.dchft.nhs.uk/charity/cancer-centre-appeal/Pages/cancer-centre-appeal.aspx 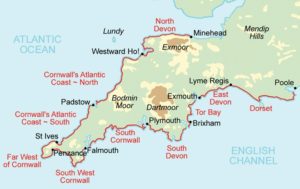 Dorset Sole Sisters challenge for 2016 was a virtual run. We ran the South West Coast path, all 630 miles from Minehead to Poole around the coasts of Somerset, Devon, Cornwall and Dorset. Those who took part in this virtual run/walk paid  an entry fee  and raised £384.00 for our chosen charity for 2016 Gully’s Place. Dorset Sole Sisters were able to run (or walk) their miles anywhere, but we hope that everyone ran  a bit of the coastal path for real as well as completing the virtual challenge. Well done to all of those who completed the challenge.

Gully’s Place   is a  Support Group for bereaved families in hospital at home and beyond.  A new room for children’s end-of-life care has opened at Dorset County Hospital. Fundraising continues to provide support  for a bereaved parent support  group and staff training. 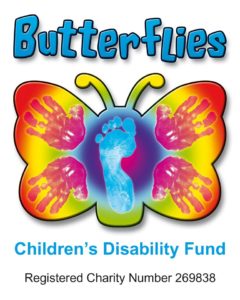 Run for Fun was the Dorset Sole Sister  challenge for 2015. Raising £180 for Butterflies Children’s Disability Fund. Runners complete a minimum of four challenges each month and ran at least 400 miles. The fun challenges included running in fancy dress, run on your birthday, run with a dunk to name a few.

Butterflies Disability Fund is a local charity and  supports local children with disabilities, they have
funds to provide families with Specialist equipment, child development aids and  more.You can find out further information about Butterflies on their website  http://www.butterfliescdf.org.uk/ 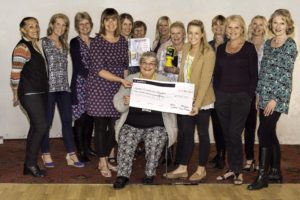 At the beginning of the year 28 Dorset Sole Sisters signed up to run or walk the distance from John O Groats to Lands End (JOGLE) as the crow flies during 2014. A total of 605 miles, just over 50 miles a month,this has also helped us to raise an impressive £280 for Dorset and Somerset Air Ambulance.

During the summer months Dorset Sole Sisters take advantage of the light evenings and introduce our favourite cross country runs into our run programme. The summer run weekly members fees for May, June & July 2014 raised £68.50 for Project Zoe.

Project Zoe was set up after the death of Sara and David Lloyd’s daughter Zoe Wright earlier this year from cancer.  Zoe grew up in Weymouth and fought cancer all her adult life; despite debilitating illness through ‘A’ levels and university, she worked all round the world as a respected, qualified ship-surveyor, she was a skilled sailor and continued running even when forced to attend her local Parkruns in a wheelchair. Sara, Zoe’s mother, is the mainstay of the Ladies Sailing Group (includes men!) at Castle Cove Sailing Club.  Project Zoe was set up by the Ladies Sailing Group to raise £6000 in 6 months (from March 1st 2014) to buy a Hansa 303 dinghy for Chesil Sailability so that people with disabilities can enjoy more than a few minutes on the water.  This boat is to be named ‘Spirit of Zoe’.   http://chesilsailability.org.uk/project-zoe